Fan: “You play guitar really well!”
Billy: “I was better when I was younger… but thank you.”

He’d probably know lot better than us, but if the ravages of age are catching up with Billy Corgan, it wasn’t particularly obvious last Friday night. Springing on to the stage with his new touring line up, the singer-songwriter was tight, on form and apparently happy. We got playful Pumpkins… and my word we enjoyed them.

Having never been in Koko sober before (as a late night Camden venue… why would you have?), it was striking to see how small the venue actually was. This was going to be a ridiculously intimate gig. We flew to the bar, grabbed a quick beer, then bumbled down a fire escape to somehow find ourselves at the front of the stage. Future beers were out and ringing ears lay in our future.

Billy and the Pumpkins had performed a live set on BBC 6 Music earlier in the day. He’d been pretty vocal about the state of US music; despairing at the kiddy pop and unimaginative EDM that was spawning a million-and-one identikit pieces of moribund tat. But judging by the eclectic mix in the crowd: young teens, aging rockers, moustachioed hipsters, 30-somethings in band t-shirts, and well-dressed parents with kids… the Pumpkins are collecting new fans and seemingly remaining relevant. Obviously, the genius back catalogue probably has a fair bit to do with it too.

Taking to the Stage

With Brad Wilk from Rage Against the Machine behind the drums and Killers’ bassist, Mark Stoermer joining regular guitarist Jeff Schroeder, it was an old school super group line-up, compared to the last incarnation of the band we’d seen. They launched straight in with two tracks from the new album, “One and All (We Are)” and “Being Beige,” delivered with the alt rock feel of classic Pumpkins. There was a genuine reverence in the crowd, and when “Hummer” kicked in, the front row were still gazing up in awe, almost forgetting to bang their heads (but not quite).

This was a carefully thought out set list. Requests were playfully brushed off by a joking Corgan as he parried back and forth with the delighted crowd. Gleefully yelling: “I won’t play that – but I’ll play Tonight Tonight,” quickly followed by the new track “Fife & Drum,” which, with lines like, “I will bang this drum ’til my dying day,” could be mistaken for being a bit too anthemic on the album; but here in the flesh it delivers the upbeat melancholy of classic Pumpkins… and that was the theme of the entire set. A classic, alt rock Smashing Pumpkins sound.

Two raging tracks from the Machina album (“Glass and the Ghost Children” and “Stand Inside Your Love”) led into the final song from the new Monuments to an Elegy album: five in all, none of which felt out of place. Reverence had now been replaced by head banging intensity and the (very British and friendly) moshpit was now shaking the floor. “Drown” from the Singles Soundtrack, led into the crowd pleasing “Disarm,” “Zero,” and “Bullet with Butterfly Wings” which had Billy banging hard on his chest in time to “despite all my rage I am still just a rat in a cage,” which was screamed back at him with feverous intensity.

A hardcore version of Bowie’s “Fame” bled into the excellent “Silverfuck” and the band left the stage. Five songs from the new album, two from Machina, three from Siamese Dream, three from Melancholy, a cover and a song for Cameron Crowe: a jolly good selection. In the brief respite before the encore we were able to quickly get our wind back. Having spent the last few years standing by the bar at gigs, we’d forgotten how much hugging the speakers at the front takes out of you. It literally takes your breath away.

Ambling back onto the stage the band struck up Marilyn Manson’s new “Third Day of a Seven Day Binge,” tune… with Manson himself tipping up on stage to sing it. To say the crowd lost it at this point would be a bit of an understatement. Two seconds of silence, then the distinctive opening to “Ava Adore” slammed into us. This was going to be good. Manson forget the words, Billy gave a comedy eye roll and the odd duet combo was the highlight of the night.

A quick thank you, and they’d all left the stage before we could protest. The lights came up and the crowd weren’t moving. Nobody wanted to go home… had that really been a two hour set? It had (almost) and the new music is by far the best new material the Pumpkins have done since reforming. Everything just worked. There was no ridiculous sheets waving all over the stage (like there had been the last time we’d seen them), no odd political messages, no twenty minute long over-indulgent songs. It was just raw, powerful music that had the crowd begging for more.

As Marilyn Manson got down on his knees and gave a bit of hero worship to Billy (although he may have simply been trying to read the rest of the lyrics off a sheet on the floor), we all wanted to do the same. But as we were crushed up in a mosh pit… a bang of the head and an appreciative fist pump was all we could manage.

Gig of the year (I’m classing Faith No More, Motörhead, Sabbath and Soungarden in Hyde Park on the 4th of July as a festival). 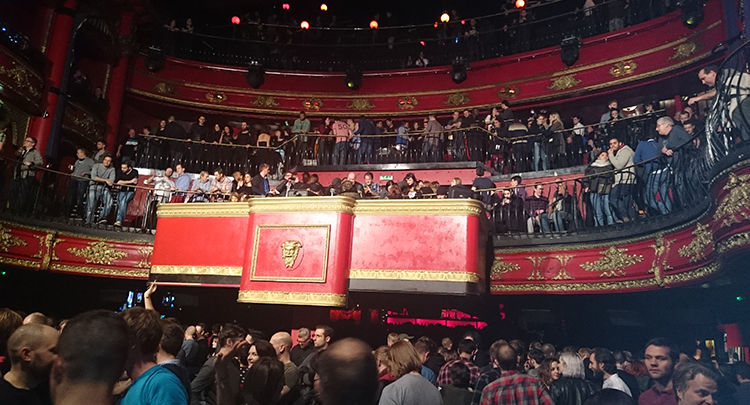 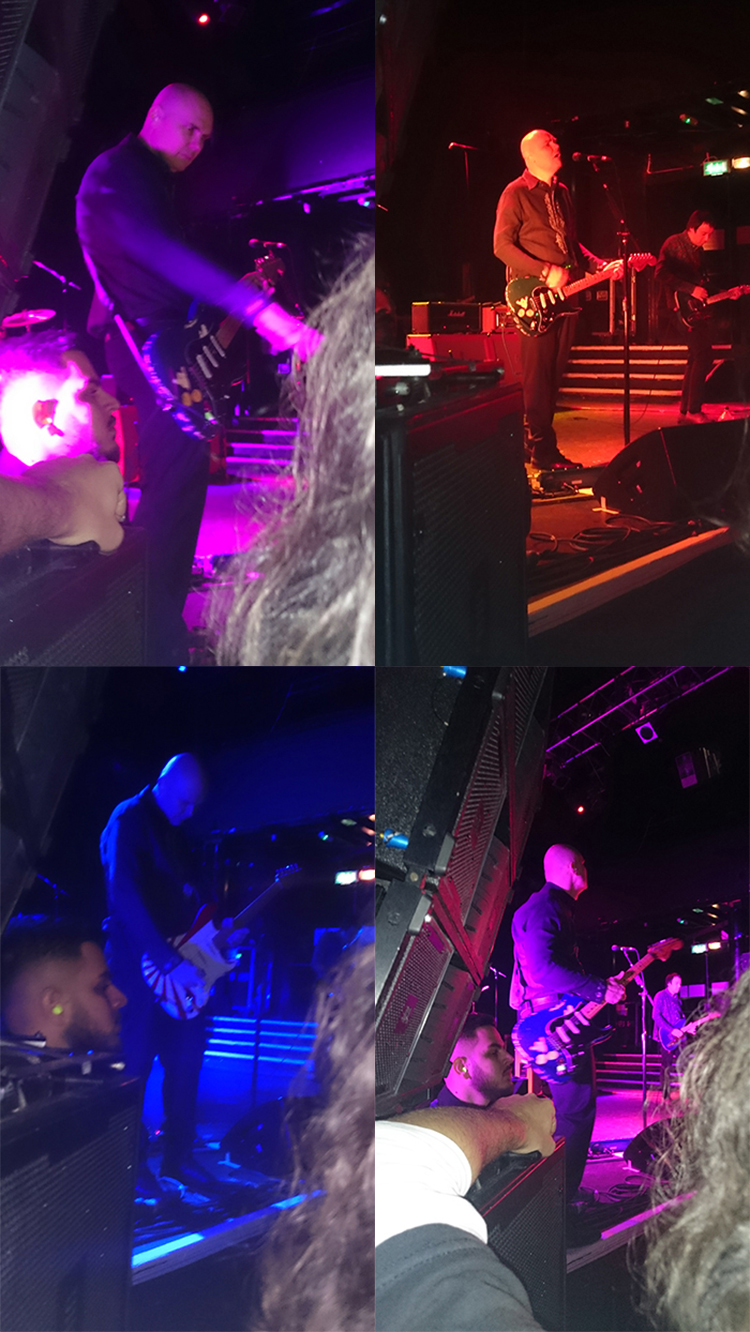