We speak to a range of professionals across the whole artistic spectrum: from people at the top of their game, through to interesting individuals on the ground, in order to track down their unique stories. 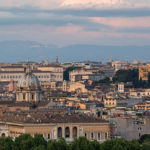 If Only I Were That Warrior is an award winning film that investigates the Italian occupation of Ethiopia in 1935 and the legacy it has left behind. Driving this story is the recently constructed Italian monument to Rodolfo Graziani, a fascist General responsible for numerous war crimes during the occupation. The film offers a stark insight into the fascist invasion of … END_OF_DOCUMENT_TOKEN_TO_BE_REPLACED 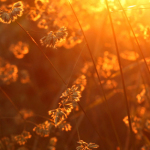 “‘The common currency of both our professions is information. You want information. We want information. I can get you this, but I want the following things…’ what he wanted was information about my colleagues at Granada [TV].” It is a blistering hot day and we’re sitting in the café at the lofty Old Station House in Welshpool, sipping refreshing beverages whilst … END_OF_DOCUMENT_TOKEN_TO_BE_REPLACED 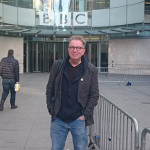 “Is that Owen Jones?” whispers Tom Robinson with some excitement. We peek round the corner and can’t quite make up our minds. “Hang on a sec…” says Robinson and starts speaking a Tweet into his phone… We’re at the BBC Café Nero to interview the 2-4-6-8 Motorway singer and 6Music DJ about… well, to be fair, we had quite a big list. David Bowie wasn’t on it, but as … END_OF_DOCUMENT_TOKEN_TO_BE_REPLACED 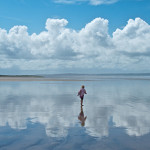 “He was sitting there with a big plastic bottle of white cider, with this heroin he was smoking and he had an axe on the floor. He had one eye and one ear, and I looked at him and said: ‘My daughter wants you to go or I’m going to call the police.’” Between fits of giggles Maggie Sawkins is sitting at her kitchen table telling us about the time she had to evict a drug dealer … END_OF_DOCUMENT_TOKEN_TO_BE_REPLACED

“I wanted to write a political thriller," to cover the factual story nobody else was covering, Clive Bloom tells Searchlight Magazine Arts over the phone from his home in London. Bloom is Emeritus Professor of English and American Studies at Middlesex University, author of numerous books, and is talking about his latest, Thatcher's Secret War: Subversion, Coercion, Secrecy and … END_OF_DOCUMENT_TOKEN_TO_BE_REPLACED

The band Nizlopi may be best known for its hit single, JCB Song [YouTube video], but the duo behind the group, John Parker and Luke Concannon, are a serious musical outfit, influenced by poetry, trip hop, folk and an eclectic range of other styles. As Concannon tours his debut solo album, we caught up with him via Skype to learn more about his inner world, views on fame and … END_OF_DOCUMENT_TOKEN_TO_BE_REPLACED 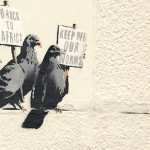 Searchlight Magazine Arts has long been impressed by the tenacity of Women Against UKIP.  This is by far and away the most active group on social media and its Facebook community has soared since it launched last April, with current “likes” standing at 17,226.  We catch up with the leaders of this community to learn more about how this group began… and why they decided to put … END_OF_DOCUMENT_TOKEN_TO_BE_REPLACED

On 17th May 1959 a 32-year old Antiguan carpenter, Kelso Cochrane, was making his way from Paddington General Hospital to his home in Notting Hill following a minor work accident. It was past midnight and when he hit the junction of Southam Street and Goldborne Road, he found himself surrounded by a group of white youths. This was an unprovoked attack which left him knifed to … END_OF_DOCUMENT_TOKEN_TO_BE_REPLACED 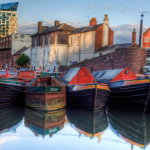 It is 11.20am at Euston station. Swarms of people are positioned on their starting blocks in front of the announcement board. The 11.40 to Liverpool has already been called on platform 8, yet the 11.23 to Birmingham has still not been placed. There is a sense of tension in the air - then suddenly it appears on the monitor. Release gives way to mass pandemonium as a stampede of … END_OF_DOCUMENT_TOKEN_TO_BE_REPLACED 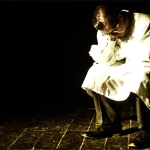 We saw Mark Farrelly’s solo depiction of Patrick Hamilton in Silence of Snow, at the Old Red Lion theatre pub in north London, back in October and were hugely impressed. Few people would be able to write this piece, let alone perform it... and he managed both. And perhaps more laudable still, he even ran another one-man show, based on the life of Quentin Crisp, at the Edinburgh … END_OF_DOCUMENT_TOKEN_TO_BE_REPLACED